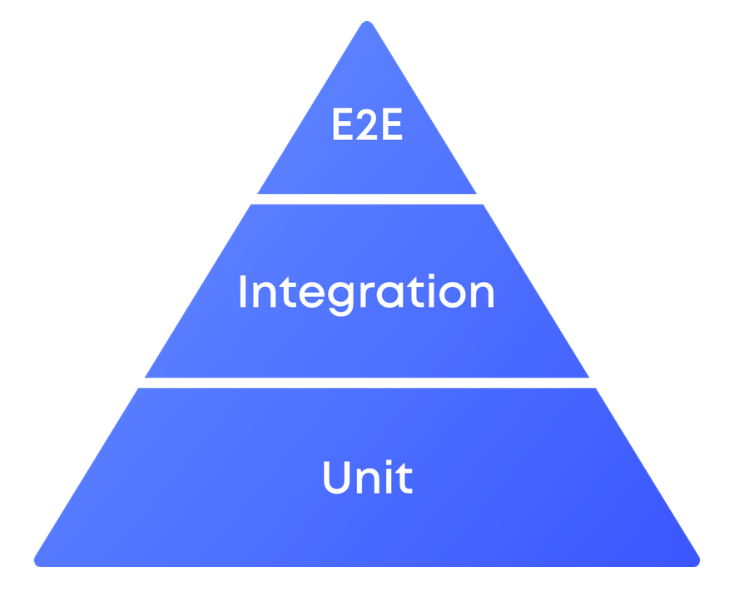 There are three approaches to integration testing:

The only disadvantage in this module will be the high-level modules which are more critical, will be tested at the last stage. This approach can also be called inductive reasoning.

Because the low-level module is simulated, it requires creating a lot of stubs for testing, and the lower-level modules won’t be tested thoroughly. The advantage of using this method? QA team can capture integration errors earlier.

In this approach, all the modules are integrated and tested as a single unit. So the integration happens all at once instead of one after the other. This approach is used only if the application is small or has a tight deadline. The major drawback of this approach will be that if there is any issue, it will be challenging to find the root cause module. Also, the integration can be performed when all the components are developed, so their allotted time for testing will be significantly less. The crucial integrations cannot be adequately tested, leading to defect leakage.

End-to-End (or E2E) testing verifies if the application behaves according to the requirements. It validates the entire user flows. E2E testing typically happens in a production-like environment simulating real-world situations, test data, and infrastructure. The testing won’t focus on the functionality of any components; instead, it will focus on use cases that will start from the initial step till the end of the flow. Each use case is intended for different workflows of various lengths and complexity.

End-to-end testing can be approached in two ways:

Horizontal E2E confirms if the intended user can navigate across the application without any issues. The entire workflow is thoroughly tested. For example, in horizontal testing, the testing can start with creating an account, searching for items, adding them to the cart, checking out, making payment, selecting the delivery option, and placing an order. So here, the user navigates across the application. The QA team can capture any failures or changes from the requirements on the go. One of the significant advantages of doing horizontal E2E is to get precise user experience testing. Horizontal E2E can be considered as a final step in release cycle testing.

Vertical E2E is more granular compared to horizontal E2E. In Vertical E2E, testing is carried out in different layers, such as the database, API, or UI layer. For example, if the UI part is not ready, but all the API components are, then the QA team can start E2E testing on the API layer. The advantage of this testing type is that the bugs in user flows can be captured early – since the testing happens separately for each layer. It’s straightforward to distinguish which layer has the bugs. On the contrary, finding out when the user does a horizontal E2E will be challenging.

When comparing integration and end-to-end testing, we must remember that both tests come in different areas of the software life cycle, and they pursue different goals.

Testing is always a time-bound operation. The sooner you’re able to get the test results and identify bugs, the better – which is why test automation is becoming a crucial part of any modern software team.

And while most people think that setting up a test framework and writing good automated tests is extremely complicated, it’s not the case anymore with tools such as testRigor. The reality is that any team can seamlessly build both integration and end-to-end tests using only plain English, without any coding knowledge at all. But don’t think of it as a basic alternative to more mature tools – in fact, it’s exactly the opposite. You can seamlessly create cross-browser and cross-platform tools for web, mobile, and desktop. And it doesn’t stop there – since there’s also support for visual testing, email testing, SMS and phone call verification, 2FA testing, and so on. Don’t just take our word for it – try testRigor yourself for free and see how it can truly bring your QA processes to the next level.