What is End-to-end Testing?

The inclusion of End-to-End testing can be a game-changer in strong relationship building with your customers. It covers a wide spectrum of user scenarios for any software application under test. The approach has become more of a necessity than having it as a lower-tier option in your test suite. It is a methodology employed in the Software Development Life Cycle for rigorously validating the functionality of the software application. It also provides a great benefit for evaluating the performance of the application under different test conditions. On top of that, the subject methodology can test data with the live settings replicated. In short, the E2E approach tests multiple paths of the application, which the end-user may follow while using that application. It helps business, testing, and development teams build confidence that all types of user interactions with the application are covered, and the underlying code wouldn’t break under any circumstances.

For example, an E2E test for an e-commerce site could be written by mimicking a certain user behavior. The following steps can be performed by the user, and the E2E test for that particular behavior could look like so:

The Importance of E2E Testing 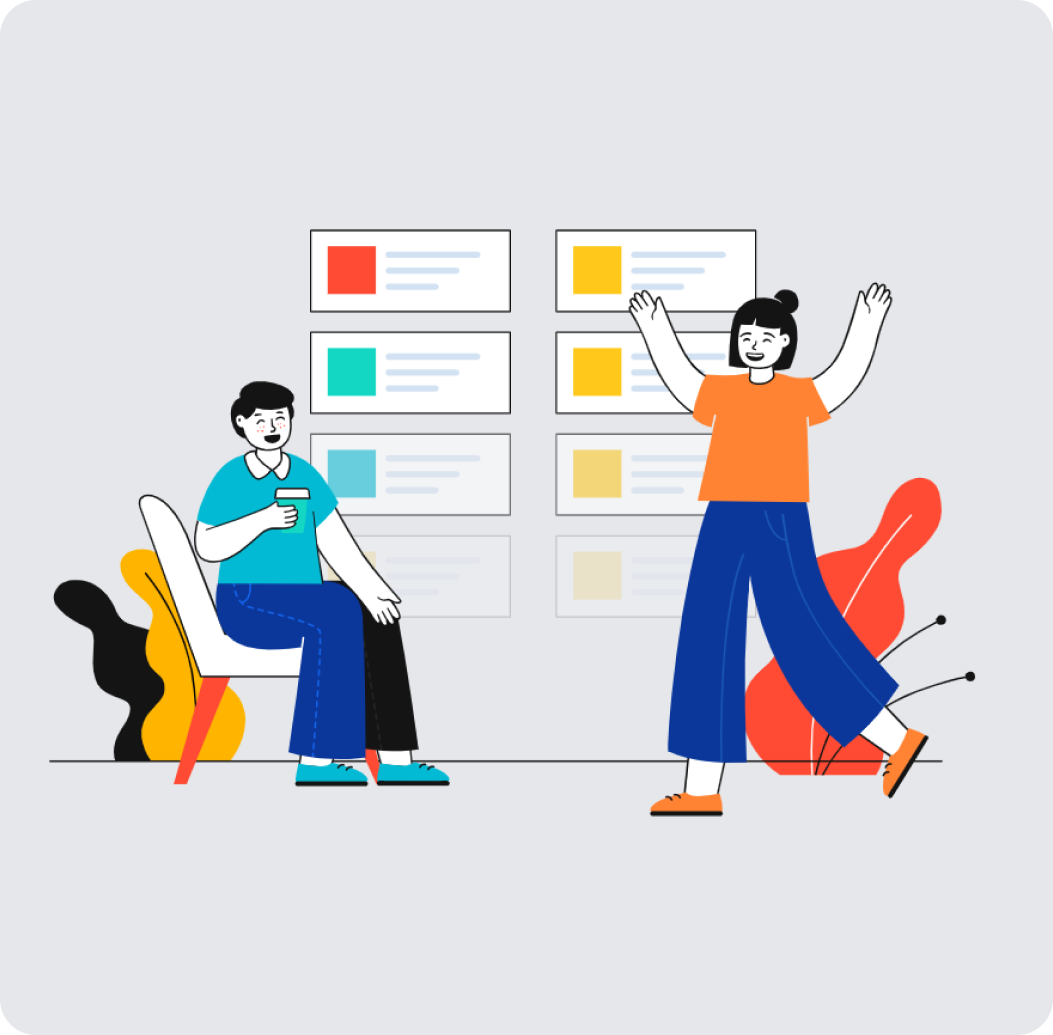 End-to-end testing frameworks are meant to provide maximum test coverage to the software application. The importance of this testing can be well understood from the fact that it focuses on the flow of the application from start to end while keeping the customers’ perspective in mind. This becomes even more important in those organizations which are inclined toward a customer-centric approach. This would not only boost the regression activity but will also enhance the overall quality of testing. Eventually, customers will get a product that is thoroughly tested and covers all the paths which they may use while accessing the application.

The business owners interacting with any development team feel more confident about the product if it is rigorously tested while accommodating comprehensive E2E test scenarios. This testing, on top of regression and other testing types, further endorses the quality of the application being developed. Moreover, the successful execution of such tests certifies the product to be flawless with all its components for integration and data uprightness.

The Primary Objectives of E2E Testing

No testing can be meaningful or productive if it doesn’t come with strictly defined objectives or goals. The same is the case for E2E testing, which must have the following objectives to be accomplished within the scope of testing:

The Competitive Landscape of E2E Testing Vs. System Testing

What is End-to-end Testing in Software Testing?

The E2E testing goes hand in hand with system testing. However, even the veterans in the software testing field get confused because of the huge benefits that both of these testing types have got to offer.

Let us start first with system testing. In simple words, system testing is considered to validate the fully integrated application. This shouldn’t be confused with E2E testing, as both are different with their distinct goals. The system testing can be initiated once the unit tests have been executed successfully for every unit of the application. On top of that, seamless integration of the unit-tested components is warranted as well. Moreover, the availability of a pseudo-production environment is another prerequisite for system testing to be initiated.

The E2E testing has its own set of benefits which are discussed in detail in this guide. The E2E testing comes into play once the application qualifies for system testing and all of its functional aspects are covered as well. Another requirement for the testers is to ensure that the dependent environments are identified and accessible. At this point, the tester needs to have access to the appropriate tools for the in-depth analysis of data flow through the application.

For example, an E2E test for an e-commerce site could be written by mimicking a certain user behavior. The following steps can be performed by the user, and the E2E test for that particular behavior could look like so:

E2E Testing and System Testing at a Glance

The QA team is the quality gatekeeper of any product being developed. The expectation from the QA team is to start creating their E2E test plan as soon as the requirements become available. But it comes with a share of challenges, which are given below:

The E2E testing is broken down into two distinct methods. You can choose one depending on the application being developed. A few other factors may also be involved that could influence product development in general and testing in particular. A brief description of both is given below:

This is the most commonly used method in the E2E testing approach. Just as its name suggests, it occurs horizontally across the entire application under test. The real advantage of this method is that it could be maximized within a single Enterprise Resource Planning (ERP) application. For example, you can consider an e-commerce web application system for this type of testing approach where the system comes with different accounts, product inventory status and shipping details, etc.

In comparison with the horizontal method discussed above, the vertical approach is a bit complicated yet effective. Testing under the vertical E2E model is performed in layers. It means that your E2E tests will be executed in a hierarchical or sequential manner. To ensure the quality in this process, every component of the application is tested from beginning to end. This is also the testing method that is considered for testing the most critical components of the system. An example of such a component can be the one where complex computation is involved, and the system lacks a user interface.

What is Included in E2E Testing, and how is it performed?

If you are part of the QA team, then you must understand the requirements of E2E testing and what is included in it. In this section, we will facilitate you with the following information on three different categories of key activities involved in E2E testing:

If you are responsible for writing E2E test cases, then the following under this domain must be ensured:

The following needs to be done for setting up the user functions:

The need for automated E2E tests is inevitable for any application under test. It helps a great deal in developing and maintaining a high-quality application. It does come with its set of challenges, though. Identifying E2E scenarios and creating test cases requires a good bit of planning and a deep understanding of the application. Even the scenarios that are reasonably good candidates for automation can be hard to automate compared to the other scenarios in your test suite. The main reason for that is their complexity which requires supplementary efforts to automate. It also depends on the architecture of the software and probable dependency on any external resource, such as network connectivity or other third-party resources. You can speed up your automated tests by selecting the appropriate test data and by stubbing unnecessary functionality. You must look to eliminate any overheads as those could limit performance, especially where intensive calculations are involved.

A well-designed test suite structure will benefit you in the long run with its easy and time-saving maintenance. As more and more scenarios are identified, your test suite will significantly increase. There could be a time when it becomes extremely difficult to control the huge volume of tests. This is why you should keep a good check on your tests and retire the obsolete test cases once identified.

Demonstrating the value of the E2E tests to all the stakeholders is also the responsibility of the QA team. The business is usually interested in having a higher ROI. Since the E2E tests are typically slow to execute and might require high maintenance – visibility of its perks to the business can be a challenge. This is where you can maximize reporting tools and highlight the customer impact that demonstrates what kind of serious issues in the application were identified using the subject approach. Moreover, you might already know that the use of an AI-enhanced automation tool such as testRigor will completely eliminate the concerns for both speed execution and maintenance.

It is critically important for the QAs to measure the effectiveness of their E2E test suite. To achieve that, the following key things need to be done:

It is your responsibility to check whether you have identified the right test scenarios. You must also check that the test suite contains test cases that cover every feature of the application, including all the main paths that an end-user may take.

The success of our test suite depends on the availability of the desired test environment. You may also extract meaningful information from the application by executing the same E2E test in different environments.

The number of bugs found through your E2E automated or manual tests is extremely important. This would determine the effectiveness and value of your end-to-end test suite. You must track and detail the percentage of identified bugs and also those which are logged and closed every week. These defects need to be prioritized so that the higher priority ones should get resolved first. This would ensure a smooth user experience with the application.

The perks of E2E testing are undeniable. Only those organizations could understand its importance, who have suffered a great deal due to their lack of understanding of the criticality of the E2E tests, and eventually pay the price. This kind of testing offers many benefits, and some of the top ones are mentioned below: 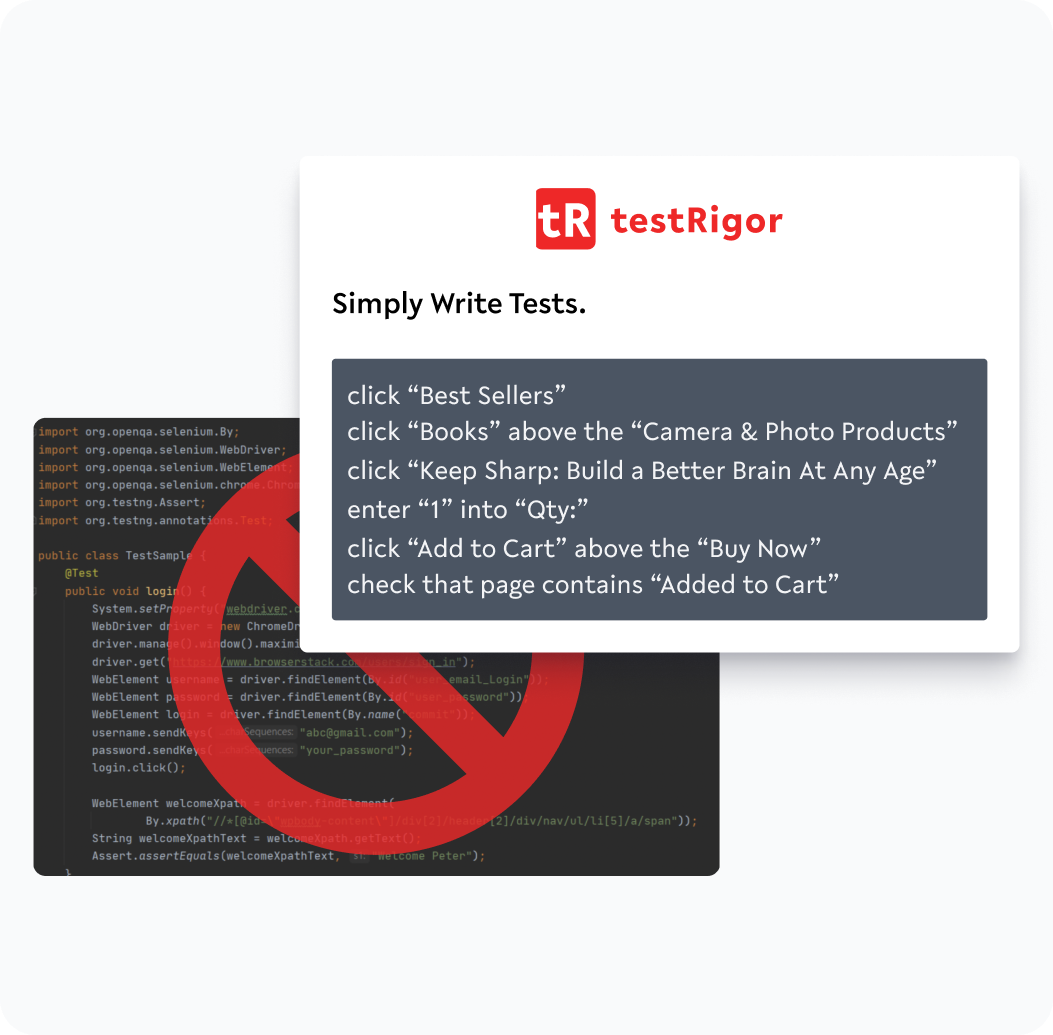 As already discussed, automating end-to-end tests brings benefits that are too large to ignore. On the other hand, data shows that only 30% of end-to-end tests are automated in 2022. This is largely due to the complexity of the automation process, as well as stability of tests that will often fail due to the high number of dependencies within the test. This is why testRigor is the champion when it comes to end-to-end testing. It is the easiest tool on the market to master since it does not require any coding knowledge, and tests are among the most stable and reliable in the industry.

The writing of E2E tests in a no-code automation tool has proved to be a highly cost-effective solution. The QAs can leverage it to write their test cases in a high-level language that people from business and other non-technical stakeholders could easily understand. Therefore, it wouldn’t only facilitate the QA and Dev team but would also add transparency for all the stakeholders involved in the project.

The E2E testing is known for taking a non-trivial approach for any software product under test. When rightly done, they carry immense value in the delivered product. It will serve as a one-stop solution for the different workflows of an application. The different projects’ stakeholders could maximize unified E2E dashboards for providing their valuable input and also extracting useful information out of it. On top of that, this kind of testing approach would ensure little to no defect leakage to the customers.

Writing comprehensive E2E tests using the best no-code automation tool ensures application health and customer satisfaction. One major objective that it would achieve is the delivery of functionality that is optimized for excellent customer experience. Therefore, the application of E2E testing is inescapable for all those organizations that put their customers first.