CI stands for “continuous integration” and is typically a part of the CI/CD pipeline. Continuous integration is the automated process where developers frequently integrate code into a shared repository — up to several times a day. They verify each of these integrations (called merges) with various sets of automated tests.

In this article, we’ll delve deep into the CI/CD pipeline, see how it relates to DevOps, and explore tools software teams can use in the CI/CD environment.

What is the CICD Pipeline?

Image Source
The continuous integration/continuous delivery pipeline is rightly called an agile DevOps workflow; it not only allows teams to adhere to a frequent deployment schedule but also ensures that the builds cater to reliable product releases. This framework consists of the following:
The CI/CD pipeline depends on multiple layers of test automation. Some of the main goals are to:
A CI/CD pipeline executes the following steps:

What is Continuous Integration? 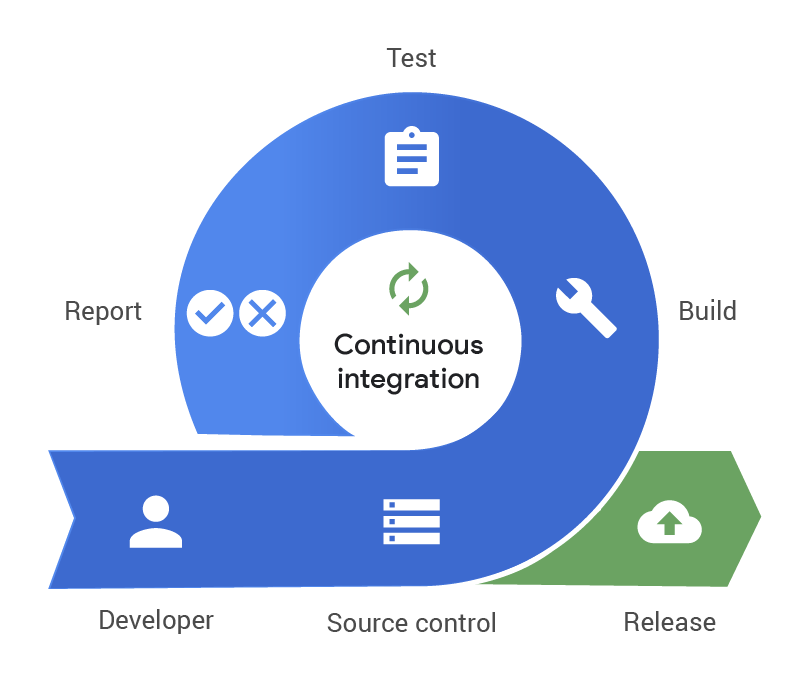 Continuous Integration (CI) is an agile and DevOps software application development practice, where developers’ code is merged to a version control code repository—early and frequently. The main objective of this exercise is to expedite the integration process early on, instead of waiting till the end of a sprint or a release to merge the work of all developers.

Continuous integration is a prerequisite for the continuous framework methodology since it not only builds the code but also carries out the unit and integration testing. The benefits of CI include enabling teams to improve code quality, enhance security, and meet business requirements by automating deployment.

What is Continuous Delivery? 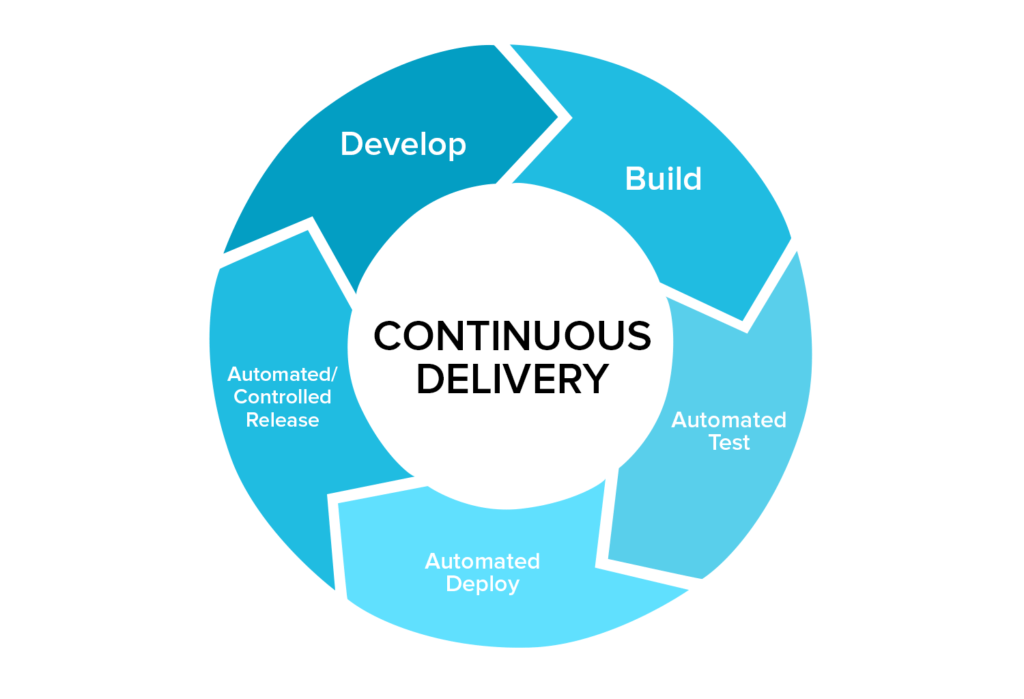 Continuous delivery is an automated approach that pushes applications to the delivery environments. Here, development teams supply the validated code changes (all updates, new features, and bug fixes) performed in continuous integration to specific code repositories such as GitHub.

What is Continuous Deployment?

The last phase of the continuous framework is continuous deployment. It is an extension of continuous delivery and differs from it by automating the software release of a production-ready build to a code repository.

Instead of releasing changes to apps all at once, the CI/CD methodology makes the deployment less risky by releasing changes gradually. It can be expensive at first to build automated tests, but that upfront investment does pay off in the long run by autonomously accommodating a variety of test cases and release processes.

How does CICD relate to DevOps?

DevOps comprises tools and practices that are designed precisely to accelerate the delivery of applications and services as compared to the traditional software development processes. And the CI/CD pipeline comes under the broad framework of DevOps. The accelerated speed of DevOps helps businesses to serve their customers better and also be more competitive in the market.

Where organizations bake security into all phases of the software development life cycle, in a DevOps environment — it is called DevSecOps. It ensures that security protocols are integrated into all DevOps workflows. Even in the CI/CD pipeline, the security tools must fit seamlessly, to keep pace with DevOps and not lag the development velocity. Packaging security helps organizations catch vulnerabilities early on and help make informed decisions on risk and mitigation. 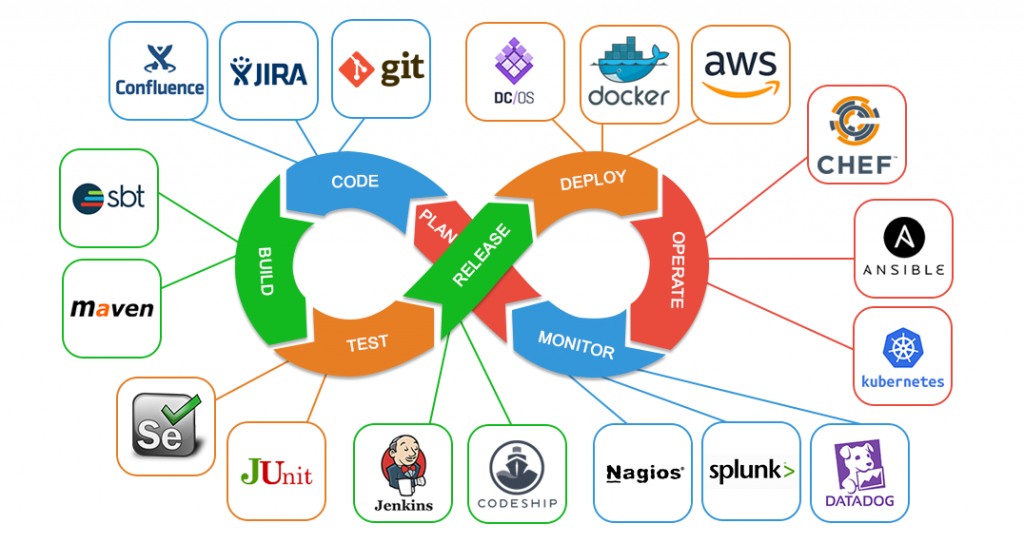 Organizations need tools that prevent points of friction and slow down integration and delivery for the successful implementation and execution of a CI/CD pipeline. And various CI/CD open source and proprietary tools assist development teams in automating integration, development, deployment, and testing.

Certain tools are designed to specifically handle continuous integration, some to manage development and deployment (CD), and others like testRigor specialize in continuous testing and related functions.

Why CICD Is Impossible to Achieve with Manual Testing

All build releases have to be tested each time before delivery to ensure the quality of software being delivered. But the short release cycle of CI/CD pressures the QA to test faster. And every release has to undergo multiple levels of testing. Unit testing is always the first stage, usually done by developers. Afterwards QA comes into play and various UI and API tests are executed. With manual testing, this is a seemingly difficult task.

That’s why testing has to be automated to match the pace of agile, DevOps, and the CI/CD pipeline, to ensure speedy delivery of software. Here’s where intelligent automation testing software like testRigor alleviates the burden on the QA team.

testRigor has scripts that can integrate with any CI/CD tool for either Mac OS, Linux, or Windows. It integrates with a plethora of CI/CD systems — Jenkins, CircleCI, Azure DevOps, Gitlab CI, GitHub Actions, and others. Here’s a demonstration video on how you could integrate your GitHub repository with testRigor’s test suite to carry out automated testing.

Simplify the CICD Pipeline with testRigor

CI/CD pipeline enables businesses to frequently deliver applications and services to customers by introducing automation. This framework begins with continuous integration and moves to continuous delivery and deployment, and continuous testing to validate QA.

CI/CD solves the troubles that arise between development and operations teams while integrating new code. But you cannot achieve CI/CD without automating testing. Look no further than testRigor, to run stable tests — in plain English.